Odisha Forest Diary Through My Eyes 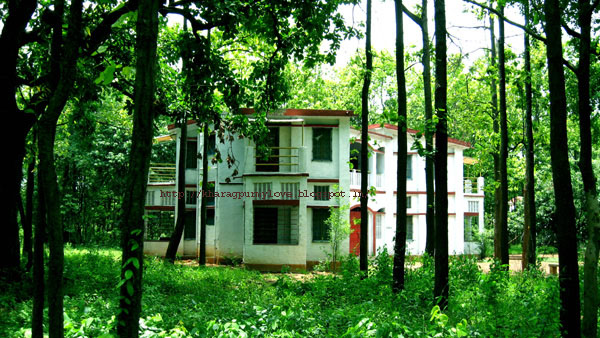 ODISHA FOREST DIARY THROUGH MY EYES 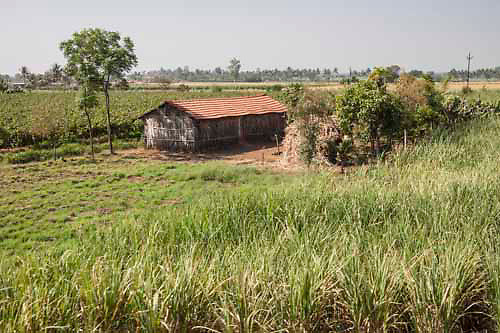 ODISHA FOREST DIARY THROUGH MY EYES

From my childhood the thing that I was most scared of was snakes. During summer and winter vacations, we spent our days in our farmhouse at Bangiriposi. Loved climbing trees to pluck unripe fruits, jumped on straw stacks though well knowing that the legs will itch afterward. Another thing we brothers and sisters did was to run through the bunds of the agricultural fields which was a short cut to reach our uncle's place whom we call Badabapa. I remember that day's incident. I was competing with my little brother as to who would be ahead speeding on the bunds. I was in no mood to listen to something he was saying lest he would trick me and overtake me. Suddenly I heard the word " Snake ". Fear seemed to have given me wings. I jumped. The Olympic high jumper would have been proud of me. I saw a snake zoomed ahead of me. We both stopped dead and then took an about-turn and ran back. There were many such incidents when we encountered snakes probably the huge country mice coming to eat the harvested crops was their attraction to be visible so often.

Fortunately or unfortunately, I could not escape coming front to front with this slithering creature. Married to a Forest officer and having to stay in huge District Forest Officers quarter surrounded by trees, bamboo clusters, and white ant hives which serves as a den for serpents. As an Indian Forest Service Officer, after completing Training at Dehradun and Masoorie, they also were posted in various parts of their home cadre, his being Odisha. For Range Training, he was posted at Lathor a small village in Bolangir. I joined him there with my elder son just two months old. Though it was so remote, yet it was close to Raipur of Chhatisgarh. Thank God, at least for any exigency, we could go there. That evening I was going from the bedroom to the kitchen with a saucepan to boil water for the baby. Adjoining our bedroom I saw a snake almost six feet long with half the front part inside the closed-door which had enough space under the door for it to pass. I cried aloud and entered my bedroom where the baby was asleep and banged the door so hard that it swung open and the saucepan lid fell. Immediately the snake coiled with its hood up. It was a cobra. A helping hand was inside the kitchen. He ran out with a stick but halted midway seeing it to be a hooded cobra and exclaimed " Nag ta ". My husband had just returned from office and just then came out from the washroom which was built separately from the main building. He saw the cobra slowly move to the puja room. I was surprised that he was not alarmed seeing it as I was. After a while, the staff came back with several other villagers holding crowbars and lathis. Just then the electricity went off and the only source of light was an emergency light which was a necessity there with regular power disruption.

The snake seemed to have vanished. In Hindi films, we have seen cobra doing lots of acrobatics like climbing walls, trees, etc. so I thought probably the cobra would have climbed up somewhere maybe to the roof. The villagers who knew better said that cobras cannot climb high and must be somewhere near the ground. With the help of the emergency light, they found the cobra slithering sluggishly through the drain. Probably it had devoured a rat and so could not move fast enough. The villagers killed it and then as per Hindu belief they burnt it and threw turmeric into the fire. Then they asked us to go to a shiva temple the next day morning. After this incident, I could not sleep for the whole night. I dreamt that I had entered the adjoining room and the snake had bitten me. I was scared to stay there.

The next day my husband traveled to Bolangir for a meeting with the D.F.O Mr. R.V.Singh under whom he was attached. After hearing the snake episode and my fear, he laughed and joked " Snakes are a common feature in every forest quarter. So she has to either leave you or you have to leave forest service." Well, we are still together for the last thirty-two years.

Our first posting as District Forest Officer was at Khariar forest division. The bungalow was in a 5-acre land surrounded by tall trees and bamboo clusters. Like all such houses, the outer veranda was always at a height to prevent these creeping and crawling creatures to enter the home. But during monsoon, one can see them very frequently. One day a snake charmer went to my husband's office and said he would clear our campus of snakes. My husband was prudent enough to ask " Would some of them remain and may become agitated?" His reply was " Yes, that might be possible." He refused to give permission saying, " Please don't disturb the snakes. It is also against the provision of the Wildlife Act" As long as we don't disturb them, they also will not harm us."

I have come in close contact with many animals and plants and natives and collected information on how forest dept. works to conserve and protect them against all odds which I will share with you through my write-ups.

N.B - Images have been taken from Google and copyright is with the owner.

N.B - Images have been taken from Google and copyright is with the owner.

8 Comments
Can i buy cialis without a prescription

Excellent and eagerly waiting to read your next experience.

Your effort is highly attractive . While reading the story I could imagine the entire scenario in my mind and relate to it too .

Mam, you have nicely described your experience in side the forest resdince. Its true that all forest resdince are made inside the semi jungle to feel the presence of jungle.

Really nice writing.It took me back to my childhood days.Pl continue telling about your experience.Thank you.

It takes a lot to open up about your personal experiences and write a memoir and it takes even more to write about your life experiences in a way thats compelling, captivating, and worthwhile. Luckily, you have managed to do just that. Keep going.