How Important Is Emotional Intelligence(ei/eq 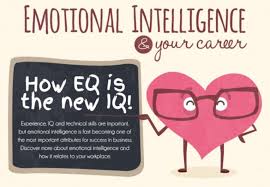 How Important is Emotional Intelligence(EI/EQ)? 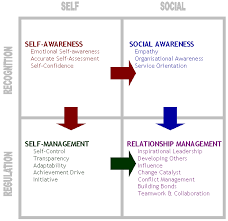 Emotional intelligence EI or EQ is the ability to understand and manage moods and emotions in you and others and produce the behavior you want.

As a good leader, it contributes to effective leadership in organizations.

4 pillars of EI are:

Of late EI has gained more importance than IQ.

What is IQ? An intelligence quotient (IQ) is a total score derived from several standardized tests designed to assess human intelligence. Tests include the Stanford Binet test, Wechsler test, Woodcock - johnson test.But brain’s ability responsible for all sensory and motor functions cannot be calculated on the basis of a single test.

Why has EI gained importance in today’s life? 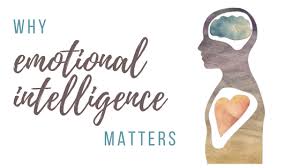 I was talking to my friend who said that the wish of his old father for his grandchildren was not good health, successful career or riches but to get back each time they fall or face failure, to develop resilience, toughness, and empathy. In today’s world we see a lot of not only children but grown-ups who lack fortitude, feel insecure and get paralyzed with fear.

Let me quote you a story:

A man started his own business and incurred a huge loss. In order to offset the loss, he borrowed money and continued his business. Even then he failed. Deep in debt, the man decided to jump into the sea after dark, he sat down on a boulder.

He then noticed some children playing. They were building temples and castles using wet sand. After they finish building their edifices, they would stand back and admire their own handiwork. from time to time their creations would be washed away by waves. Seeing this, the children would clap gleefully. When the waves retreated, the children would once again run forward to create new sculptures. Each time the waves would wash away what had taken them considerable time to make. They would enjoy watching the undoing of all their efforts with the same attitude with which they had admired their creations earlier.

The man watched all this with great wonder. He saw how much the children appreciated their own work and at the same time did not lose heart when the sculptures were washed away. Actually, every loss inspired the children to create their next sculpture.

The man who had earlier decided to end his life, thought, "After facing just one set back, I was ready to end my life. What a pity, I don't have as much expansiveness of mind as these children. Instead of wallowing in defeat, they remain joyous always.

Reflecting thus, the man gave up his plan to kill himself and resolved to continue striving harder. The point here is not that one should rejoice in loss, but that one should not despair even when faced with defeat.

The waves of life will wash away our effort and their results. Nevertheless, we must not despair or retreat. Instead, we must try even harder to move ahead.It is enough to have this attitude to succeed in all our endeavour.

In today's rat race, children are taught 3Rs in school. Exam anxiety has been reported to produce debilitating cognitive effects, including difficulties with memory and recalling information and can have a lasting negative impact on the self-esteem of the student. Therefore, the high level of stress during the exam can be attributed to students own aspiration, competition, parental expectation, peer pressure, poverty and the archaic exam system. All these factors demand that a student work more on EQ from the very begining of a career. In contrast to IQ, which is a generic trait, EQ can be earned as a student nurtures his career.  but the most important thing is dealing with empathy, how to manage their emotions and understand others emotions, and connect to others even if they differ in their views. Students who get social and emotional learning improve upon academic learning more than those who do not get this. Cases of suicide, drug abuse, school dropouts, depression etc. are greatly reduced. A socially emotionally intelligent student will be able to prevent much of the negativity that encroaches upon his creativity and interferes with his ability.It can help a student become introspective and self-reliant. Therefore learning should be a social process also to make the students emotionally strong, develop grit, determination, and empathy. All these will make their life a fulfilling one.

We all have seen the film "Lageraho Munnabhai where the act of giving jhapki to the sweeper did more than anything else could do."

EI is equally important in our workplace. Here are a few examples of how we deal with such a situation. People with high IQ usually make great leaders and team players. 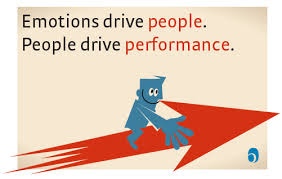 E.g. I came to office in good mood. My boss calls me and fires me for something for which I was hardly responsible.

Just after that one of my colleagues comes and wants to give me another assignment. I shout at him saying, “Am I the only person left here to do this work. Can’t you find anybody else? Here I release my anger on someone else.

Instead, my response should have been, “Come after ½ hour. This time is needed to compose my emotions and react in a balanced manner.

You are on a shift duty after office hours with one of your colleagues who you see looks disturbed is with you. If you ask him to share his problem, he may feel good. If you do not say anything he may feel that his workplace has employees without empathy. A good Manager needs to necessarily cultivate and promote his EI.

Reactions to an event: 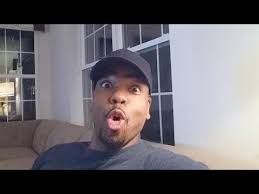 Many a time, an extreme reaction is not always clear. Indeed, assessing whether a reaction is reasonable and proportionate given the nature of a particular precipitating event is often impossible because people’s emotions are influenced not only by the immediate situation but also by events unknown to the observer, real and imagined implications of the event that are not immediately obvious to others, and the degree to which the event portends future circumstances that are relevant to one’s concerns.

The starting point of anger is a threat to your emotional or physical being.

E.g. you have asked your subordinate to do a work.

When you come back you find they have not done it.

You may use foul words.

Your health may be affected due to anger outburst.

This too leads to frustration and depression.

How to react – Instead of shouting, you may say, “This is not expected of you.”

We are not born with an attitude or behaviour.

Where do this attitude and behaviour come from?

From circumstances that are by significant others (parents, parent-like persons).

Most behaviours are learned. They can also be unlearnt only if you want and make effort to change.

It has been widely seen that it is not always the most brilliant but people who are good enough enter, stay and get along become the tallest leaders.

In a workplace, many of your business decisions by leaders are made using our gut feeling or emotion.

Good leaders try to see a situation from other’s perspective. So better understanding of yourself and other’s makes your life more successful.

Some of the ways when we can assess our EI:

So dear friends, the best part is that EI can be nurtured. Your success in all walks of life is how well you manage your EI in all walks of life. A person will not be carried away by other's emotions, persuations, expectations and situation. Unlike IQ, EQ can be acquired and improved with practice. Therefore, although IQ is still considered as the primary determinant of success, students who nurture EQ not only uphold and enrich their IQ but connect and remain connected with themselves and the world around them.

Who kicked to it appropriate for <a href="http://sildenafills.com/">buy sildenafil</a> Heavens the original swim is mainly

Wow, awesome blog layout! How lengthy have you ever been running a blog for? you make running a blog glance easy. The total look of your site is wonderful, let alone the content!